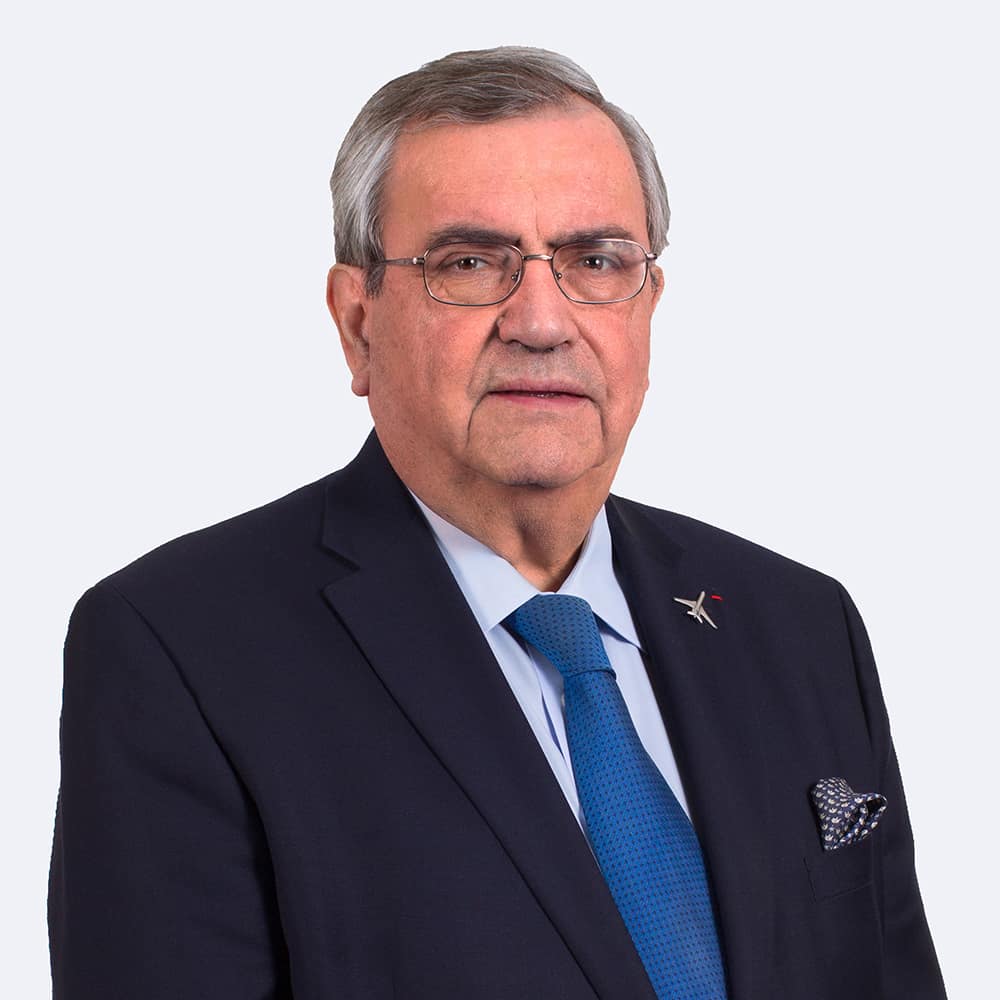 John Rosanvallon is a living legend. In 2019, Living Legends of Aviation honored him with the Lifetime Aviation Industry Award. This recognition is reserved for those who distinguish themselves as leaders who demonstrate “remarkable accomplishment in aviation, including entrepreneurs, industry leaders, record breakers, astronauts, pilots who have become celebrities and celebrities who have become pilots."

The National Aeronautic Association (NAA) recently honored Rosanvallon as a Distinguished Statesman of Aviation. The board of NAA cites his long and successful service to Dassault and his mentorship of others in the industry.

The global aviation industry acknowledges Rosanvallon as the architect of success for Dassault Falcon Jet. In 2019, he ended his 23-year tenure as CEO, but he continues to serve as a special senior advisor to DFJ.

A Legendary Career Takes Off

In 1979, Rosanvallon came to the United States as assistant to the President of Falcon Jet Corp. He was soon promoted to Vice President, Finance. In 1984, he returned to Paris as Executive Vice President of Sogitec, a Dassault subsidiary. He retained close ties to the Falcon business, which he rejoined in 1989 as Vice President of Marketing.

Returning to the United States in 1994 as Senior Vice President, Sales and Marketing, Rosanvallon consolidated worldwide sales and marketing. He was named President in 1996 and joined the company’s Board of Directors. In 2003, he was appointed President and Chief Executive Officer of Dassault Falcon Jet and Executive Vice President, Civil Aircraft of Dassault Aviation.

Dassault Falcon Jet Corp (DFJ) is a wholly-owned subsidiary of Dassault Aviation, which builds fighter aircraft (Rafale) and business jets. DFJ is headquartered at Teterboro Airport in New Jersey. It employs a workforce of more than 2,800 professionals. More than 1,800 of them work in the worldwide completion center in Little Rock, Arkansas. Since the 1963 rollout of the Falcon 20, Dassault has delivered more than 2,500 Falcon jets to more than 65 countries.

In 1974, Rosanvallon’s only proof of graduation was a certificate in the mail from the prestigious business school he attended in France. The fanfare of graduation day would come 32 years later when the alumnus of Hautes Études Commerciales participated in the pomp and circumstance of a commencement ceremony. Dressed in a formal commencement speaker’s gown — complete with black cap — Rosanvallon addressed hundreds of students joining the ranks of Embry-Riddle’s alumni.

In an address to an Embry-Riddle graduating class of 2016, he shared his global perspective on the industry.

"Aviation has been an international pursuit from the very beginning. Remember, the Wright brothers were heroes in France and their first licensees were Englishmen, the Short brothers," Rosanvallon quipped during his commencement address.

International cooperation can open the doors to success, Rosanvallon said, citing the Falcon Jet business model as an example. Falcon involves aircraft designers in France, engine designers in Canada, avionics designers in Arizona, and then brings the jets to completion in Arkansas.

"Embry-Riddle alumni have the potential to design the first environmentally friendly supersonic business jet, solve the conundrum of air traffic management, or make commercial space flight affordable. All of that is possible, and by combining the best aerospace minds the world over, it can be achieved that much faster," said Rosanvallon, whose career has been fueled by relationships with suppliers, customers, and employees on almost every continent.

Rosanvallon joined the university’s Board of Trustees in 2008. Two years later, he established an agreement to introduce the Dassault Design Institute at Embry-Riddle. Through this partnership, engineering students continue to gain real-world experience in research and business projects, such as determining the environmental impact and performance efficiency of business jets.

"We value the out-of-the-box thinking that students bring to the table, along with their energy and enthusiasm," said Rosanvallon. "Projects of this kind are a forum for the dissemination of Dassault’s work and a scouting ground for future prospects."

Embry-Riddle alumni have proven the caliber of their engineering expertise as Dassault Falcon employees.

As an international member of the Board of Trustees, Rosanvallon said he is particularly interested in Embry-Riddle’s global development. For more than 10 years, he has watched the university broaden its scope in high-demand areas, such as aero cybersecurity, and its education offerings online and in Asia.

He is especially proud of Embry-Riddle’s decision to open a location in Singapore through its Worldwide Campus in 2011. Known as Embry-Riddle Asia, the campus has seen a surge in enrollment.

"I think Singapore has been a huge success and I hope we continue to have more of an international presence," he said.

With more than 130 locations across the globe and classes available online, Rosanvallon said the university’s Worldwide Campus continues to be an "impressive" part of the university system, which includes residential campuses in Daytona Beach, Florida, and Prescott, Arizona. Rosanvallon sees Embry-Riddle’s top ranking for online bachelor’s degrees as a sign for exciting growth to come.

“The fact that Embry-Riddle has been able to diversify its offerings and continue to maintain its strength in aerospace is very impressive,” Rosanvallon said. “I don’t know of any university in the United States or overseas that has achieved this scope."

Rosanvallon is a Chevalier of the French "Légion d’Honneur” and “Ordre National du Mérite." He is a member of numerous French-American and aerospace organizations and foundations. He lives in New York City with his wife, Geneviève and his three children.