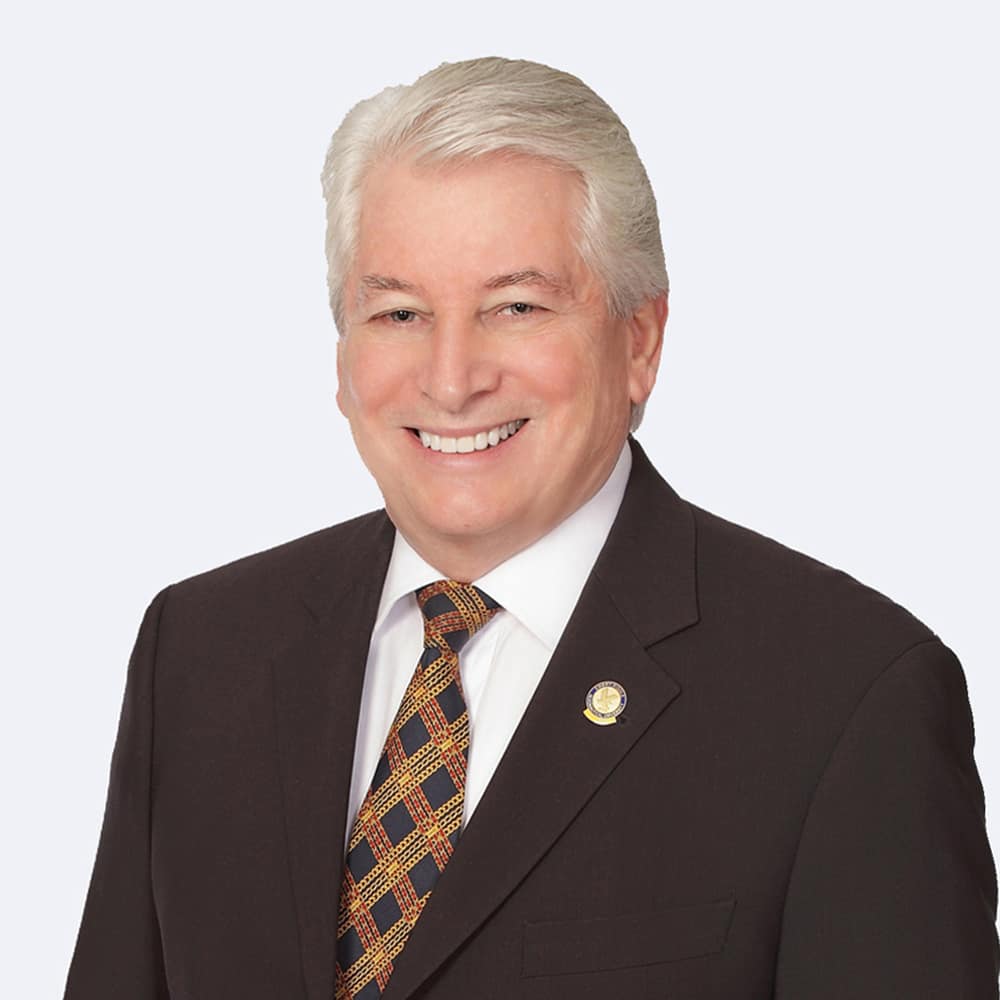 Jon Slangerup draws on extensive experience as a corporate leader and industry influencer. Since 1994, he has held a diverse range of board and C-suite assignments as a chairman, president and CEO of public and private companies, ranging from FedEx to the Port of Long Beach.  With domain expertise in aviation, maritime, logistics, and cleantech, Slangerup has built businesses throughout North America, Asia and Europe, completing numerous mergers and acquisitions and serving customers in more than 100 countries.

While working full-time for the U.S. Navy as a civilian anti-submarine weapons systems program manager, Slangerup was raising two children, with a third on the way. Through coworkers, he discovered Embry-Riddle Aeronautical University, which opened Worldwide locations at military bases and civilian sites in the 1970s.

Embry-Riddle was a perfect fit. “If you were in the aviation game, working full time and had the ambition to get a four-year degree, there weren’t many education options. Other schools had convenient classes, but not in aviation. And I was totally focused on a career in commercial aviation,” he said.

Long days spent working on aircraft systems at military bases and, subsequently, for two airlines, were followed by long nights in the “classroom” at San Francisco International Airport. “I was determined to be something more than a mechanic since that seemed to be where I was heading,” said Slangerup.

He went on to earn a Master of Business Administration degree from Kennedy-Western University (now Warren National University.)

His career began in military and commercial aviation, leading to a distinguished 20-year career with FedEx where he advanced to become President of FedEx Canada.  During his seven-year tenure in Toronto, revenues increased from $50 million to $1 billion, establishing FedEx as Canada’s leading international express logistics enterprise.

Following his career with FedEx, he accrued several more years of executive leadership experience, primarily in aviation and logistics.

He went on to become CEO of the Port of Long Beach, a primary U.S. gateway for trans-Pacific trade and an economic engine for Southern California. From this position, he joined Mxi Technologies as chairman and CEO. Mxi was the world’s leading maintenance management software provider for commercial aviation and defense. The company was acquired by IFS in 2017.

Since 2013, Mr. Slangerup has worked as an operating executive and M&A advisor for three private equity firms – NexPhase Capital, EQT Group, and Kingswood Capital – serving as a corporate director, chairman and/or CEO of five portfolio companies.  He currently serves as CEO of Lind Marine, a west coast leader in diversified marine services and products based in the San Francisco Bay Area.

In 2018, the Atlanta Business Chronicle ranked him among the most admired CEOs. He continues to be an industry influencer, publishing and lecturing on optimizing supply chains, digital transformation and blockchain.

Slangerup served on the boards of Fenix Marine Services and Hawthorne Global Aviation Services until their respective sales in 2022.

Although he attended a Worldwide Campus location, Slangerup became familiar with Embry-Riddle’s residential campus in Daytona Beach, Florida, in the 1980s, after a Time magazine called the university the “Harvard of the Sky.” His visit revealed a small campus adjacent to Daytona Beach International Airport, supported by classrooms and offices in Quonset huts, military-style prefabricated buildings.

“It was very modest,” he said with a laugh. “I remember what it was and I marvel at what it is today. Over the course of the years it’s been stunning to see the university’s progress.”

Slangerup’s shift toward deeper involvement with the university began many years after his visit to the Daytona Beach Campus, when Worldwide Campus Chancellor noticed his mention of Embry-Riddle in his LinkedIn profile.

“Dr. Watret encouraged me to become a trustee because he valued the perspective I’d gained as a Worldwide graduate with diverse career accomplishments,” he said.

Giving Back to a ‘Life Saver’

“Being a member of the Board of Trustees is just a tremendous honor to me,” he said. “My colleagues around the table are amazing, smart, generous and they care deeply about Embry-Riddle because many of them are alumni.”

Slangerup sees one of the university’s biggest challenges is raising the endowment level. “The university’s administration is making this a priority because the financial burden, at this point, is on the students.

For Slangerup, Embry-Riddle was a “lifesaver” that led to incredible career success. “That’s why I’ll always be grateful to the university,” he said. “That’s why I give back in every way I can, to continually strengthen Embry-Riddle and make it the best possible research institution and educator for our talented and dedicated students. All of us need to contribute more.”